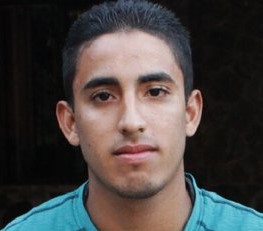 LOS ANGELES–A young immigrant who was physically deported despite having permission to live and work in the U.S. under the Deferred Action for Childhood Arrivals, or DACA, program filed a federal lawsuit Tuesday demanding that the federal government turn over key information about his sudden deportation.

Juan Manuel Montes, 23, filed a complaint in the U.S. District Court for the Southern District of California after U.S. immigration officials failed to provide any documentation to explain the legal basis for sending him to Mexico, even after his legal counsel contacted Border Patrol and requested the information under the Freedom of Information Act (FOIA). Montes worked in California’s agricultural fields to help support his family and had studied welding at his local community college before he was detained by Border Patrol in Calexico, Calif., and then was swiftly sent to Mexico, in February 2017.

Montes is now fighting to understand what happened and to take the necessary steps to return to the U.S., his home since he was 9 years old.

“I was forced out because I was nervous and didn’t know what to do or say, but my home is there,” Montes said. “I miss my job. I miss school. And I want to continue to work toward better opportunities. But most of all, I miss my family, and I have hope that I will be able to go back so I can be with them again.”

Montes, who suffered a traumatic brain injury as a child and has a cognitive disability, is believed to be the first-known DACA recipient with an active work permit to be physically deported by the Trump administration. He is represented by the National Immigration Law Center, Covington and Burling LLP, the Law Offices of Stacy Tolchin, and the Law Offices of Belinda Escobosa Helzer.

“Juan Manuel was funneled across the border without so much as a piece of paper to explain why or how,” said Nora A. Preciado, a staff attorney at the National Immigration Law Center. “The government shouldn’t treat anyone this way—much less someone who has DACA. No one should have to file a lawsuit to find out what happened to them.”

On the night of February 17, Montes was walking to a taxi station in Calexico, a border town, when a Border Patrol agent on a bicycle stopped him and asked for an identification. Montes had left his wallet in a friend’s car and did not have an identification on him.

Border Patrol then took him to a local station, where they made him sign documents without allowing him to see an immigration judge, seek counsel, or obtain copies of the documents he signed. Within hours, in the middle of the night, Montes was physically removed to Mexicali, Mexico.

“We look forward to presenting our case to the court, because our client has the right to know why and how he was physically removed from the United States when he had permission to live and work here,” said Mónica Ramírez Almadani, an attorney with Covington & Burling LLP in Los Angeles.

On March 15, with help from his attorneys, Montes filed a FOIA request with U.S. Customs and Border Protection (CBP), asking for all records of his interactions with the agency. CBP acknowledged receiving the request, but has not provided any additional information. Montes also sought additional information from U.S. Citizenship and Immigration Services (USCIS) and from the Calexico Port of Entry, to no avail. FOIA provides an agency with 20 business days to respond to a request for records. CBP and USCIS have failed to timely respond as required by law.

Announced by the Obama administration in June 2012, DACA allows eligible immigrant youth who were brought to the U.S. as children to live and work here temporarily. Montes was first approved for DACA in 2014 and successfully obtained a renewal in 2016. His DACA and work authorization were not set to expire until 2018.