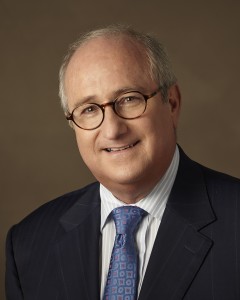 SAN DIEGO–Frederick Schenk – a partner with the law offices of Casey Gerry Schenk Francavilla Blatt and Penfield – has been elected by the Board of Directors, 22nd District Agricultural Association (San Diego County Fair Board), to serve as its president. In his new role, Schenk will oversee the Board of Directors, 22nd District, which runs the San Diego County Fair – as well as all operations at the state-owned fairgrounds in Del Mar. Members of the volunteer, nine-member board were appointed by Governor Jerry Brown or by former Governor Arnold Schwarzenegger to four-year terms.

An attorney with San Diego-based Casey Gerry since 1983, Schenk has extensive experience in products liability, personal injury and asbestos litigation. He serves on the Board of Governors of the American Association for Justice (AAJ), the world’s largest trial bar, and is also past-president of the Consumer Attorneys of San Diego, The Lawrence Family Jewish Community Center of San Diego and the Washington, D.C.-based Civil Justice Foundation, a national non-profit charitable organization. A member of the American Board of Trial Advocates (ABOTA), Schenk is listed in Best Lawyers In America in Americaand was selected by his peers as San Diego “Lawyer of the Year” for Plaintiff’s Mass Tort Litigation/Class Actions in the 2014 edition of Best Lawyers.Additionally, he is listed in Super Lawyers magazine, and was twice awarded the “Outstanding Trial Lawyer Award” by the Consumer Attorneys of San Diego.

A resident of San Diego’s Carmel Valley neighborhood, Schenk earned a bachelor of arts degree from UCLA, and a juris doctorate degree from the University of San Diego School of Law.

The 22nd District Agricultural Association is a State of California agency that owns and operates the Del Mar Fairgrounds, Surfside Race Place, Horsepark Equestrian Center and the Del Mar Golf Center. The 22nd DAA produces five events each year: The San Diego County Fair, the Del Mar National Horse Show, Professional Bull Riding (PBR), The Scream Zone and Holiday of Lights. In addition, the Fairgrounds hosts more than 350 events annually, the largest of which is the live horse-racing meet each summer, which is operated by the Del Mar Thoroughbred Club for the 22nd DAA and the State of California.