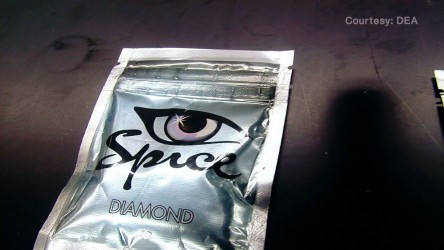 WASHINGTON, D.C.–More than 90 individuals were arrested and more than five million packets of finished designer synthetic drugs were seized in the first-ever nationwide law enforcement action against the synthetic designer drug industry responsible for the production and sale of synthetic drugs that are often marketed as bath salts, Spice, incense, or plant food. More than $36 million in cash was also seized.

“Although tremendous progress has been made in legislating and scheduling these dangerous substances, this enforcement action has disrupted the entire illegal industry, from manufacturers to retailers,” said DEA Administrator Michele M. Leonhart. “Together with our federal, state and local law enforcement partners, we are committed to targeting these new and emerging drugs with every scientific, legislative, and investigative tool at our disposal.”

“Today, we struck a huge blow to the synthetic drug industry. The criminal organizations behind the importation, distribution and selling of these synthetic drugs have scant regard for human life in their reckless pursuit of illicit profits,” said Acting Director of ICE’s Office of Homeland Security Investigations James Chaparro. “ICE is committed to working with our law enforcement partners to bring this industry to its knees.”

“The synthetic drug industry is an emerging area where we can leverage our financial investigative expertise to trace the path of illicit drug proceeds by identifying the financial linkages among the various co-conspirators,” said Richard Weber, Chief, IRS Criminal Investigation.  “We will continue working with our law enforcement partners to disrupt and ultimately dismantle the highest level drug trafficking and drug money laundering organizations that pose the greatest threat to Americans and American interests.”

“The U.S. Postal Inspection Service aggressively investigates the use of the U.S. Mail system for the distribution of illegal controlled substances and its proceeds. Our agency uses a multi-tiered approach to these crimes: protection against the use of the mail for illegal purposes and enforcement of laws against drug trafficking and money laundering. This includes collaboration with other agencies,” said Chief Postal Inspector Guy J. Cottrell of the U.S. Postal Inspection Service.

Over the past several years, there has been a growing use of, and interest in, synthetic cathinones (stimulants/hallucinogens) sold under the guise of “bath salts” or “plant food.” Marketed under names such as “Ivory Wave,” “Purple Wave,” “Vanilla Sky,” or “Bliss,” these products are comprised of a class of dangerous substances perceived to mimic cocaine, LSD, MDMA, and/or methamphetamine. Users have reported impaired perception, reduced motor control, disorientation, extreme paranoia, and violent episodes. The long-term physical and psychological effects of use are unknown but potentially severe.

These products have become increasingly popular, particularly among teens and young adults and those who mistakenly believe they can bypass the drug testing protocols that have been set up by employers and government agencies to protect public safety. They are sold at a variety of retail outlets, in head shops, and over the Internet. However, they have not been approved by the Food and Drug Administration (FDA) for human consumption or for medical use, and there is no oversight of the manufacturing process.

Smokable herbal blends marketed as being “legal” and providing a marijuana-like high have also become increasingly popular, particularly among teens and young adults, because they are easily available and, in many cases, they are more potent and dangerous than marijuana.  These products consist of plant material that has been coated with dangerous psychoactive compounds that mimic THC, the active ingredient in marijuana. Just as with the synthetic cathinones, synthetic cannabinoids are sold at a variety of retail outlets, in head shops and over the Internet.   Brands such as “Spice,” “K2,” “Blaze,” and “Red X Dawn” are labeled as incense to mask their intended purpose.

While many of the designer drugs being marketed today that were seized as part of Operation Log Jam are not specifically prohibited in the Controlled Substances Act (CSA), the Controlled Substance Analogue Enforcement Act of 1986 (AEA) allows these drugs to be treated as controlled substances if they are proven to be chemically and/or pharmacologically similar to a Schedule I or Schedule II controlled substance.  A number of cases that are part of Operation Log Jam will be prosecuted federally under this analogue provision, which specifically exists to combat these new and emerging designer drugs.

DEA has used its emergency scheduling authority to combat both synthetic cathinones (the so-called bath salts like Ivory Wave, etc.) and synthetic cannabinoids (the so-called incense products like K2, Spice, etc.), temporarily placing several of these dangerous chemicals into Schedule I of the CSA. Congress has also acted, permanently placing 26 substances into Schedule I of the CSA.

In 2010, poison centers nationwide responded to about 3,200 calls related to synthetic “Spice” and “bath salts.” In 2011, that number jumped to more than 13,000 calls. Sixty percent of the cases involved patients 25 and younger.