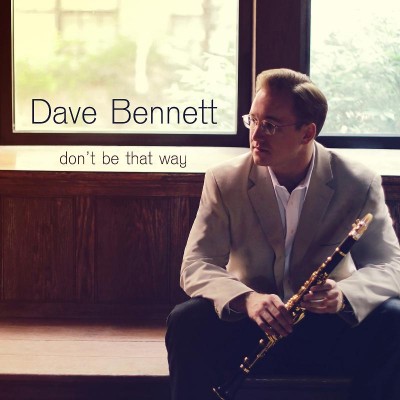 NEW YORK, NY – The late jazz, pop, and classical clarinetist, Benny Goodman, was often tagged as the “Beatles” of his generation of the 1930s. In the 1930s young people were in revolt against the standard behavior jazz music was played at that time, which reflected the middle class influences of the musicians who performed it. The rebellious children of blue collar working parents of the 30s wanted new music that reflected their free-spiritedness, openness, honesty, and true feeling. And in 1934 it found it when an obscure young clarinetist named Benny Goodman began a series of broadcast with a band dedicated to playing hot music.

Fast-forward to 2013 and 29 year-old swinging and musically gifted clarinetist, Dave Bennett, is perhaps the next best thing the 21st Century jazz world has to offer to take us to fresh heights of swing comparable to the 20th Century iconic Benny Goodman. Bennett’s Mack Avenue Records debut album Don’t Be That Way contains the same free-spirited, open, honest, true feeling, and sexy music that made Goodman the undisputed King of the Swing Era. It is now Bennett’s season to take swing to a new level and Don’t Be That Way is the perfect means by which to reintroduce the world to a new age of swing.

Hearing the Bennett band with Tad Weed on piano, Paul Keller on bass, Pete Siers on drums, Reg Schwager on electric and acoustic guitars, is like listening to the classic styles of Goodman’s band which featured the likes of Gene Krupa on drums and Jess Stacy on piano.

In Don’t Be That Way you can hear the relatively smooth, strictly for dancing selections like Sing, Sing, Sing, which showcases the essential elements of Bennett’s playing from the old tradition mixed with new swing. The heavy, thumping rhythm section, spearheaded by Siers, is electrifying and demonstrates the masterful arrangements of the extraordinarily genius of Shelly Berger, who was influential in assisting Bennett in arranging the selections on the 12 tracks CD. While the ensemble playing is crisp and flowing, the only real strong soloist besides Siers is Bennett himself, who makes these little jaunty excursions throughout the eleven minutes set and ends the selection with a flamboyant spark.

In 1939, Joe Bishop and Woody Herman’s Woodchopper’s Ball composition, also known as At the Woodchopper’s Ball, was an up-tempo blues tune which was the Woody Herman Orchestra’s biggest hit, as well as the most popular composition of either composer, selling a million records. Bennett retuned this old chestnut of a classic with a more old-school spin with funky, bluesy and swinging arrangements. This selection has the full band bursting into action all over the place with Paul Keller’s bass and Tad Weed’s piano leading the way. Reg Schwager cuts up on guitar with Bennett bopping in and out with his smooth danceable clarinet chops!

Bennett is not being modest when he calls his musical training “limited”: almost entirely self-taught, he received his only formal instruction in the school band. And in terms of playing jazz, he had no formal lessons whatsoever while he was developing into one of the most lionized and accomplished young artists on today’s scene. Born in 1984 in Pontiac, Michigan, the pre-teen Bennett didn’t see himself as a musician. As he recalls, “In fifth grade, when the option to join the school band came along, I didn’t think I would be any good at an instrument. But the idea of playing intrigued me. And then my grandfather said, in a sort of ‘Holy Spirit’ moment, ‘I think you’d enjoy playing the clarinet.’ He just came out with it, and then he and Grandma went down to the local pawn shop and bought me a plastic Conn clarinet to try out.”

By the time he turned 14, Bennett’s prowess had come to the attention of various Michigan-based trad-jazz bands, and he began to taste the life of a touring musician. At 17 he was chosen as one of two guest soloists (from a national field of 600) to perform with the Count Basie Orchestra; a couple years later he spent a brief time as part of the renowned Hot Club of Detroit. In 2005, at age 21, he created his own combo to perform his Tribute To Benny Goodman, which has performed throughout the U.S. and Canada. He has also appeared as guest soloist with more than 30 classical “pops” orchestras (including eight such concerts with the Detroit Symphony), and most recently made his debut with the famed New York Pops Orchestra in a tribute celebrating Goodman’s original January 16, 1938 Carnegie Hall concert. 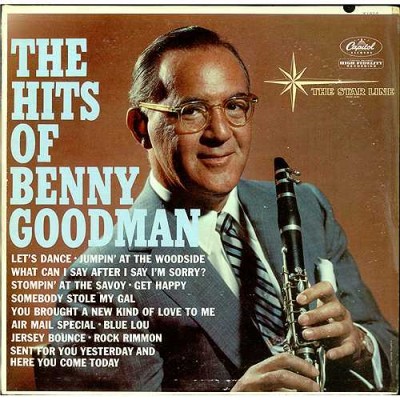 The iconic Benny Goodman is still the King of Swing, but clarinet player Dave Bennett is poised to take swing to a new level. (Photo courtesy of Capitol Records)

What makes Dave Bennett so unique is his musicianship. Few jazz players of his generation, and there were only a few clarinetists the likes of Benny Goodman, Artie Shaw, Woody Herman, and Pete Fountain, as technically adept as Bennett. His intonation is excellent, his tone warm and full and completely under his control, his lower register rich, and his dexterity quick enough to allow him to uniquely play faster than any clarinetist of his generation.

Bennett shows us in the brilliantly arranged title track Don’t Be That Way — his main characteristic technique is that sense of speech, or conversation that lies in the work of many of the best jazz clarinetists of the past. Like the jazz giants before him, Bennett’s speech like quality is achieved basically by his management of individual notes or, in the case of quick passages, short phrases. Throughout this album Bennett is always changing inflection. He attacks some notes sharply as in Woodchopper’s Ball; lets others slide into existence as in My Inspiration; He swells some and diminishes others.

Don’t Be That Way is an important piece of musical art because Bennett reminds us, as a practical matter, knowing what came before us can have real value in preserving the legacy of the American jazz form. Jazz music is a universal language that speaks volume to the masses of people the world over. Dave Bennett’s fascination and respect for the influential and important work of Benny Goodman, which so vividly illuminates in this album, will provide additional light on an era of jazz which refuses to die, but thanks to Bennett is continuously progressing.