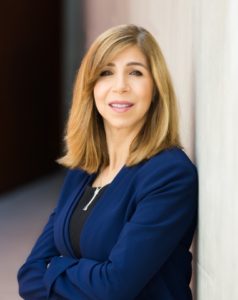 SAN DIEGO–District Attorney Summer Stephan updated the San Diego County Board of Supervisors about various efforts underway to combat human trafficking and improve the lives of victims of sex trafficking.

On the legislative side, the DA’s office is sponsoring Assembly Bill 2105, which would allow victims to take civil action against their traffickers and obtain civil penalties. The DA’s office is also supporting Senate Bill 970, which requires lodging industry employers to provide human trafficking training and education to employees who are likely to interact or come into contact with victims of human trafficking.

In her update to the Board of Supervisors, Stephan focused on innovative efforts she has been directly involved with, including a new court program (RISE Court) that works with sexually-exploited children in the criminal justice system, training for hotel and motel workers to recognize and report suspected human trafficking, and implementing a human trafficking awareness campaign for students and teachers with the help of an education collective.

“To be able to help vulnerable victims of human trafficking, we first need to be able to identify them and address the root cause of their circumstances,” DA Stephan said. “We have found success in targeting the demand side of trafficking, and in providing wrap-around services to victims and education to children and teens that may be at risk of being targeted.”

Almost 100 survivors of human trafficking and child sexual exploitation have received services through the North County Lifeline and Free to Thrive organizations thanks to a California Office of Emergency Services Victim Services grant. Services include crisis intervention, assistance with public service applications, no cost legal services and mental health services.

In addition, the Human Trafficking Task Force conducted 73 training presentations and received 314 tips and leads last year. Included in that number was a meeting with a delegation from Montenegro, whose representatives were interested in how the San Diego combats human trafficking.

Also, more than 2,740 students and teachers have been trained in human trafficking awareness over the last year.

Earlier this year, Stephan announced her office was partnering with the anti-human trafficking organization, Abolitionist Mom, and San Diego County’s Health and Human Services Agency, on a new awareness campaign that shines a light on the methods traffickers use to recruit victims. The public service ads, which will be on billboards, poster boards, transit shelter displays and on radio public service announcements throughout San Diego County beginning this week, are part of an education effort called Disrupt Sex Trafficking.

Human trafficking and child sexual exploitation is an $810 million industry in San Diego.