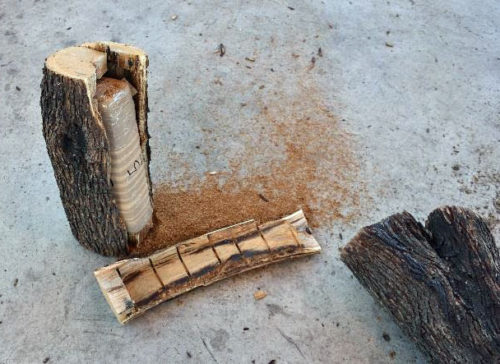 Tucson, AZ–U.S. Customs and Border Protection officers at the Port of Sasabe arrested a Tucson man February 17 for an alleged attempt to smuggle more than 100 pounds of marijuana worth an estimated $53,000.

After a Customs Border Protection narcotics-detection canine alerted to a Ford truck driven by a 41-year-old man, officers found the drugs hidden within a shipment of mesquite firewood. The marijuana was discovered after officers off loaded the firewood and split it in half.

Officers seized the drugs and vehicle, and turned the subject over to Immigration and Customs Enforcement’s Homeland Security Investigations.