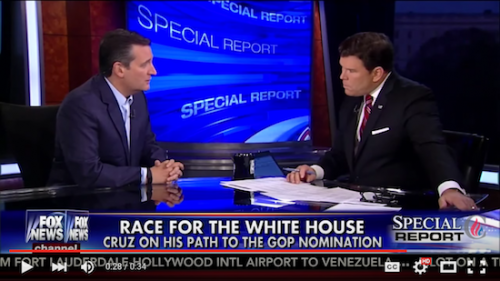 Houston, TX–Following his strong showing in the CNBC Presidential Debate, Senator Ted Cruz announced that his campaign had raised $1,125,978 in the first 22 hours after the debate.

“This level of support shows just exactly how energized and excited people are by our campaign,” said Cruz. “Whether it’s on the stage or on the stump, we are telling the truth to the American people about how broken and unaccountable Washington is, and how it’s going to take consistent conservative leadership to get America back on track.”

Cruz says the support among conservatives to his presidential campaign is growing.

“Tea Party groups, libertarians, evangelicals, social conservatives, and millions more who have been disappointed by the career politicians and lobbyists of the Washington Cartel,” Cruz says. “People want to unite behind someone who will take on Washington and I believe that’s why we’re seeing such tremendous support.”

The fundraising haul comes after the recent announcement that the Cruz campaign has more than 77,000 volunteers signed up across the nation.  Following the debate 790 new people signed up to volunteer.