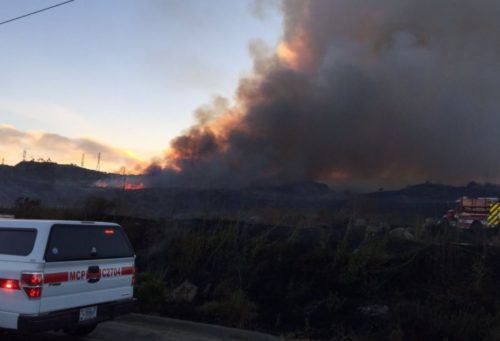 CAMP PENDLETON–The Cristianitos Fire, which broke out late Wednesday afternoon near the San Mateo Campground, is 10 percent contained from the IC, according to authorities.

Firefighters from Camp Pendleton, Orange County, and Cal Fire continue to battle the 718 acres brush fire with ground support and aerial water drops on Camp Pendleton and on the border of San Clemente.

The fire threatened an animal shelter and homes in San Clemente, according to fire officials.

The Christiantios gate is currently closed until further notice.

The blaze was first reported Wednesday just after 6 p.m. on Cristianitos and Talega Roads.