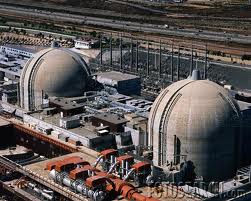 San Onofre Units 2 and 3 were temporarily shut down in January 2012, and were permanently closed on June 7, 2013.  The CPUC has an open investigation into the unanticipated outage, which includes evaluating whether to remove all costs related to San Onofre from the rates of SCE and SDG&E going forward, and whether to refund San Onofre-related costs already collected in rates back to January 1, 2012.

“I want to assure customers that they will not pay twice for the costs associated with the outage of San Onofre while the CPUC investigation comes to its conclusion. This is a question of fundamental fairness to customers,” said CPUC Commissioner Mike Florio. “We expect SCE and SDG&E to continue to procure energy to meet customer needs and according to our long-term plans and renewable energy goals.”

If approved, the Proposed Decisions would withhold costs for power procurement above and beyond the normal operations of San Onofre from SCE’s and SDG&E’s rates today, and order the utilities to track those costs separately.  The withholding will continue until the CPUC resolves the San Onofre investigation.