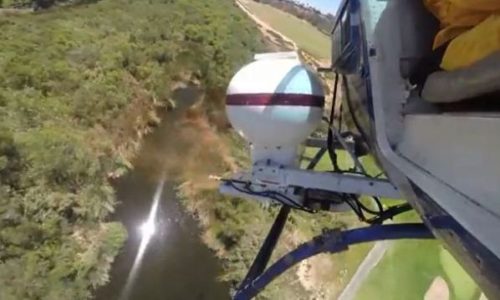 SAN DIEGO–The County of San Diego’s Vector Control Program will drop its first batch of larvicide of the year on 48 rivers, streams, ponds and other waterways to kill mosquito larvae Wednesday.

Vector Control uses a helicopter to treat the waterways roughly once a month from April/May through October with a granular larvicide to control mosquito populations and protect the public from mosquito-borne illnesses like West Nile virus. The larvicide is harmless to people and pets but kills mosquito larvae before they can turn into biting adults.

The waterways total just over 1,000 acres and stretch from Chula Vista in the south to Fallbrook in the north and from Oceanside in the west to Lakeside in the east.