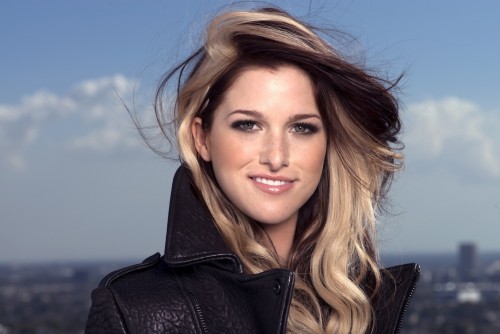 Since winning the NBC hit show, “The Voice,” Pope successfully debuted at No. 1 on the Billboard Top Country Album charts. With that, she became one of only two solo women in the past five years to top the country chart with a debut release. Pope joined an elite group of women upon selling more than one million downloads of her lead single, “Wasting All These Tears” and on the commencement of the world’s largest sports and humanitarian event, Pope will share the stage with Stevie Wonder, Avril Lavigne, Nicole Scherzinger, O.A.R, Cody Simpson, J Balvin, Becky G and Siedah Garrett to perform her new single, “I Am Invincible”.

“With athletes, coaches and families traveling to Los Angeles from all over the world, I’m beyond excited to be a part of the lineup for the Opening Ceremony of the 2015 Special Olympics World Games,” said Pope. “The mission of the World Games around acceptance and inclusion for all couldn’t come at a more perfect time, and I’m excited to support all these amazing athletes.”

In addition to those already announced to attend the Opening Ceremony, Irish actor Colin Farrell will participate in the Parade of Athletes accompanying the Irish team as well as nearly 6,500 athletes as they march into the Coliseum.

Nearly 6,500 athletes and 2,000 coaches representing 165 countries will be welcomed at the Opening Ceremony, held at the historic Los Angeles Memorial Coliseum, the site of the Opening Ceremonies for both the 1932 and 1984 Summer Olympic Games. More than 60,000 fans including world leaders and other distinguished personalities will cheer on the athletes inside the historic USC coliseum, while a global audience can watch coverage provided by ESPN, the official broadcast partner of the World Games. ESPN is distributing the Opening Ceremony around the world in multiple languages. Purchase tickets to the Opening Ceremony and this once-in-a-lifetime experience while they still last via LA2015.org through Ticketmaster.