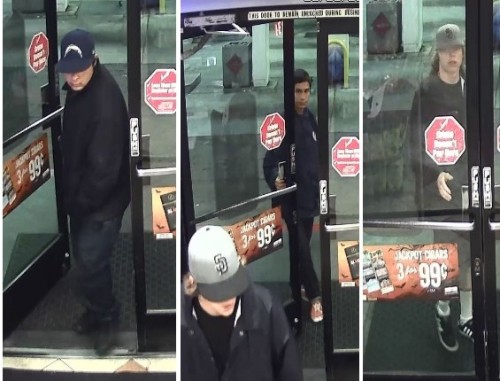 Oceanside police says the robbery occurred at 2:40 a.m. at the store located at 1990 Oceanside Boulevard. The three men entered the store, and one of the suspects went to the cooler and began taking beer cans . While he was doing that, one of the men went behind the counter and “sucker-punched” the clerk, who was distracted. Two of the men assaulted the clerk after he fell to the ground. They kicked and beat the victim as he lay on the ground.

If you recognize the suspects, or have any information regarding the robbery, call Detective Hogan at (760) 435-45