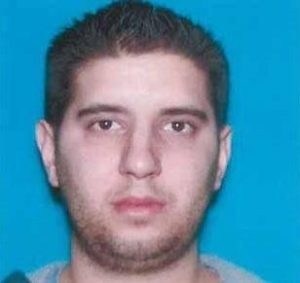 Yair Zilberman was taken into custody by Oceanside police detectives. He was later booked into the Vista Detention Facility for financial elder abuse and a parole violation.

In April, Zilberman contacted the 96-year-old victim in a senior neighborhood of Oceanside and provided him a quote for multiple services related to air duct replacement and insulation.

Zilberman operated under the company name “American Way Remodeling” to provide the quote. The victim accepted Zilberman’s quote and Zilberman completed a portion of the work. Zilberman told the victim of extensive mold in the attic and stopped work. Zilberman took the victim to the bank where $15,000 was withdrawn to remediate the mold. It was ultimately determined there had never been any mold in the victim’s attic. Zilberman initially agreed to refund the money but sent the victim a check with insufficient funds.

It was later determined Zilberman had also been involved in a recent similar incident in Escondido.

The Oceanside and Escondido police departments are investigating to determine if there are other unreported incidents and victims. Potential victims or witnesses are encouraged to call Oceanside Police Detective Williams at (760) 435-4771 or Escondido Police Detective John LaRose at (760) 835-4730.