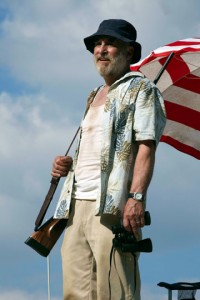 Jeffrey DeMunn in AMC's "The Walking Dead." DeMunn stars as Willy Lowman in Death of a Salesman. Photo by Scott Garfield/AMC.

Directed by Pam MacKinnon, Death of a Salesman will run in the Sheryl and Harvey White Theatre Jan. 22 to Feb. 27.

Tickets can be purchased online at www.TheOldGlobe.org, by phone at (619) 23-GLOBE or by visiting the Box Office at 1363 Old Globe Way in Balboa Park.