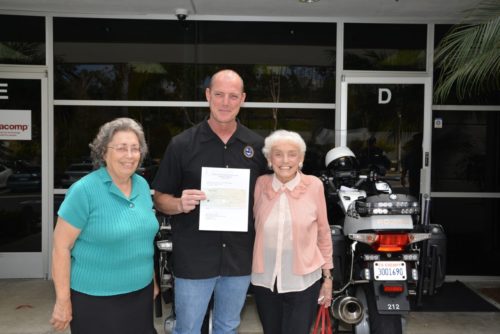 The group had a desire to give back to the community and ultimately provided $105,000 to the Oceanside Police Officer’s Foundation. The group requested the funds be used to purchase specific equipment including a AVATAR robot which allows officers and the SWAT Team to observe and communicate in dangerous situations without putting officers in danger; law enforcement ear piece communication equipment that gives users the ability to communicate in loud chaotic environments; various equipment specifically designed to support the police department’s on-going recruiting and retention efforts, and $30,000 scholarship fund for Oceanside and El Camino High Schools.

Oceanside Police Officer’s Association were grateful for the donation.