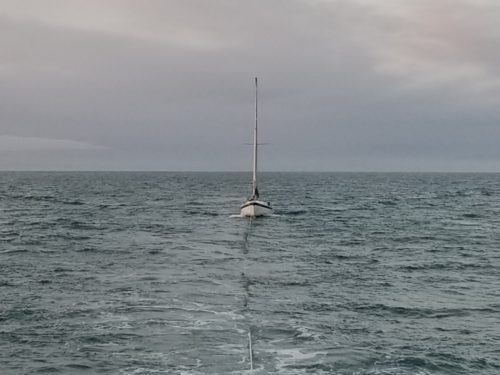 The man notified Coast Guard Station Humboldt Bay personnel around 3 p.m. that he was sailing alone without medication for diabetes aboard and needed help.

The Coast Guard Station Humboldt Bay crew relayed the call to watchstanders at Sector Humboldt Bay, who initiated a 30-minute communication schedule with the boater to check on his condition. The watchstanders also consulted the duty flight surgeon, who recommended crews deliver glucose gel to the boater.

After the man’s condition stabilized, he remained on his sailboat while the Coast Guard crew towed him to Woodley Island Marina around 9 p.m.

The man did not request further medical attention at the time.