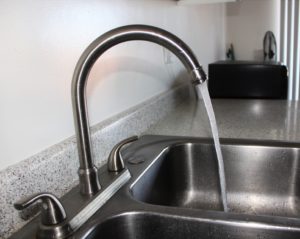 SAN DIEGO–The City of San Diego will increase water rates to 2.16 percent on Aug. 1, as approved by the City Council in 2015. The funds will be used for water reliability and infrastructure improvements.

To ensure customers pay only for what is necessary to provide water to their homes and businesses, the City completes a Cost of Service Study (COSS) every five years. The 2015 COSS considered the need for water pipeline maintenance and replacement, along with continued investment in water quality testing and increases in costs passed on from other water agencies. The City Council then approved estimated increases through 2019. Prior to the implementation of each increase, the City analyzes the estimates to ensure they are still correct. The City Council-approved rate increases are below. This year’s increase is lower than others because of the availability of local water and the lower than estimated rate increase from our wholesaler, reducing the estimated increase to 2.16 percent from the previously approved 5 percent.

The next COSS will be completed in 2020.

For average customers living in single-family homes and using about 1,200 cubic feet of water per month, the 2.16 percent increase will equate to approximately $3.75 more per bi-monthly water bill.

Customers who need financial support to pay their water bill can learn more about the City’s Help to Others (H20) assistance program. For conservation tips and information about rebates, reading your water meter and detecting leaks, visit www.sandiego.gov/water.

Unrelated to the increase going into effect Aug. 1, the City’s independent auditor continues to work on an audit of the Public Utilities Department following complaints of high water bills earlier this year. The audit report is expected this summer.