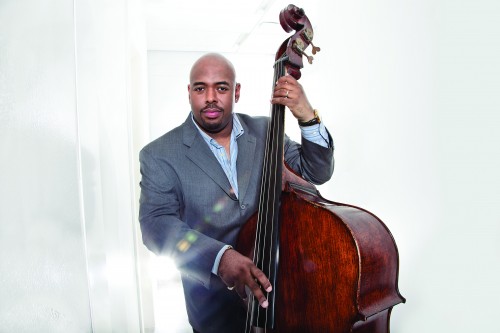 Christian McBride is one of the strongest individualist bass players of his generation.

LOS ANGELES – In bassist Christian McBride’s 13-track CD, Conversations with Christian, released November 8, 2011, by Mack Avenue Records, he brilliantly composed and performed duets with celebrated and legendary artists, who provided him the stage to demonstrate to the world how the bass can be executed at the highest level of melody. Conversations with Christian is a sheer delight because it has Christian McBride plucking away and being one hardcore bass dude! In this CD, Christian does more than mark and punctuates the beat. He lets loose just a little, giving way to subtle improvisations — just enough to give the jazz and pop standards in this CD an edge and some flavor.

The 39-year-old McBride compiled over the years these “musical conversations” with 13 selected artists ranging from Sting, the late piano virtuoso, Dr. Billy Taylor, GRAMMY winning songstress and jazz stylist, Dee Dee Bridgewater, the legendary GRAMMY award winning jazz pianist, Eddie Palmieri, and phenomenal jazz violinist, Regina Carter, just to name a few; there are no trios, ensembles, or big bands featured on this CD – just the artist with his or her respective instrument doing it up with the incomparable Christian McBride at the helm.

From the very beginning of the CD, Christian and his double-bass get busy with Angelique Kidjo singing Afirka, which McBride can be heard returning to his African roots with bass playing that is up-swinging. The tune begins with a bass solo that rises in volume, which is pretty large and ambitious, but it still feels intensely personal.

Angelique does an admirable job in matching McBride’s rapid boogie-like figure that does indeed seem to be marching implacably forward, and filled with determination. 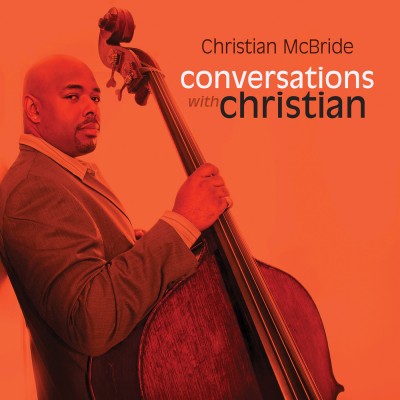 Regina Carter’s superb violin playing is just marvelous to hear in the Fat Bach and Greens track. McBride plays his bass delicately with soft fingers, then he smoothly transitions using soft jabs of his bow over the bass strings. He plays confidently, effortlessly, as if he knows he is good, but he does not try too hard to steal the show. He is just content being the bass player — the efficient beat-backer. However, listen closely; he throws in a few surprises.

The late accomplished jazz performer and jazz critic, Leonard Feather, once said that he always loved it when an artist produced a duet compilation with various artists, because then we are able to see the artist’s versatile styles and musical ingenuity. I am in complete agreement with Feather’s assessment – and this CD fits that assessment perfectly. The Conversations with Christian CD, as with McBride’s other eight previously released recordings, enables him to further demonstrate why he is one of the strongest individualist bass players of his generation.

The Philadelphia born bassist has racked up an impressive array of musical accomplishments since he burst upon the jazz circuit in 1989 with appearances on over 300 recordings. One of his collaborations with the late jazz saxophonist, Joe Henderson, Lush Life: The Music of Billy Strayhorn album (1992), was a GRAMMY winner. McBride joined McCoy Tyner on his Illuminations album, which won the 2005 GRAMMY for Best Jazz Instrumental; Chick Corea had Christian on the double bass in the Five Peace Band Live album, which received the 2010 GRAMMY for Best Jazz Instrumental; and McBride hooked up with Dee Dee Bridgewater on her Eleanora Fagan (1915-1959): To Billie With Love, From Dee Dee album, which received the 2011 GRAMMY for Best Jazz Vocal Performance.

McBride has performed and recorded with a significant number of jazz legends and ensembles, including, John McLaughlin, Freddie Hubbard, Joshua Redman, Pat Metheny, and Wynton Marsalis. He has also performed with hip-hop, pop, soul, and classical musicians like The Roots, Kathleen Battle, Bruce Hornsby, and James Brown. Which throws me back to the CD – especially the Baubles, Bangles and Beads track, featuring Master trumpeter Roy Hargrove: Here you have McBride’s bass line never calling attention to itself and never failing to fulfill its basic rhythmic and harmonic duties. Yet the tune has a graceful melodic shape, a product of McBride’s creative imagination. McBride smooth and subtle bass playing lines constantly supports Roy’s ingenious spare style, which gives McBride a lot of leeway.

Having observed many great bass players perform over the years, most of them pulled their strings out instead of down. Nevertheless, McBride would pull them down, so almost his finger is hitting the fingerboard as he is pulling the string, which freed the string to vibrate up and down instead of side-to-side. That is what gives each of the tracks on this CD that crisp, percussive sound. McBride always keeps the strings at a comfortable height that is never too low, never too high, which gives him just the right amount of tension so he could get a nice chunk of flesh into the string, without killing the bass or killing his fingers.

The Conversations with Christian CD is an album whose magnificence must be experienced. While the body of work as a whole is built around one theme, one-on-one duets interpreted as conversations, it never grows monotonous and constantly brings stupendous surprises.