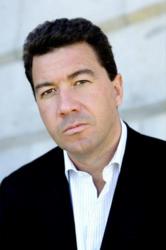 Researcher Nick Bryant offers his insight on how the Sandusky trial is likely to proceed.

The Jerry Sandusky sexual abuse trial is officially underway as Tuesday saw hundreds of community members pour into the Centre County Courthouse in Bellefonte, PA to be interviewed, screened, and cross-examined in what one researcher predicts will be a long and arduous, if not impossible, jury selection process.

“Between the statewide reach of the Second Mile, the Penn State institution and the community’s identification with its tradition and football program, the court, prosecutors, and defense reaching a consensus on 12 impartial, unbiased jurors in any kind of reasonable time frame is nothing short of delusional,” said researcher Nick Bryant. “And if this case continues to mirror the cases I’ve researched, the longer the selection process takes, the chances of bringing Sandusky to justice diminish.”

According to Bryant, the Penn State-Sandusky case bears a remarkable resemblance to other child abuse networks in Nebraska and Florida he researched as an independent journalist:

Because of the clear correlations, Bryant expects the Jerry Sandusky defense team to decimate the victim and laud the predator; a recurring strategy used by the Catholic Church, the Boy Scouts, and other sexual abuse defendants.

“Successful predators often target victims with characteristics the public might be willing to judge harshly, so the victims will be viewed with skepticism because of their ‘issues’ when they report abuse or testify at a trial,” said Bryant. “Sandusky’s defense, like the defense of most predators, will be to put the alleged victims on trial in an effort to shred their credibility. Delaying the start of the trial gives more time, more access, and more ammo to destroy the victims’ character.”

Bryant said Sandusky’s criminal attorney, Joe Amendola, has already tipped his hand regarding this strategy by conducting a “fishing expedition”, issuing subpoenas to find out the following about the alleged victims’ backgrounds:

“Although shredding the victims’ credibility can be effective, it’s a strategy that has the potential to backfire on defense lawyers, because the jurors might feel that the victims are getting victimized yet again,” said Bryant.

“The defense will point out all the good deeds of Jerry Sandusky, painting him as a saint, and argue that such an esteemed man would never threaten his family and standing in the community by molesting children. Even though this defense has proven fallible in recent years in other high profile cases, their path is set,” said Bryant.

When the court heard arguments in early February on a motion to change the rules of Sandusky’s house arrest, CBS News reported the defense “presented the court with letters from Sandusky’s children, and notes and drawings from his grandchildren, expressing their desire for increased contact.”

“They’re not going to stop with his grandchildren either,” warned Bryant. “More time lets the defense track down Second Mile success stories and local football heroes willing to tell how Jerry Sandusky turned their lives around, all the while compiling as much muck they can manage on Sandusky’s underprivileged and traumatized victims. And while the memory of abuse won’t fade in the victims’ mind, its impact will diminish with time in the eyes of the community as time moves forward and a sense of normalcy is perceived.”

Bryant’s writing on the plight of disadvantaged children in the United States has been published in numerous national journals, including the Journal of Professional Ethics, Journal of Applied Developmental Psychology, Journal of Social Distress and Homelessness, Journal of Health Care for the Poor and Underserved, and Journal of School Health. He is the author of The Franklin Scandal; co-author of America’s Children: Triumph of Tragedy, addressing the medical and developmental problems of lower socioeconomic children in America.