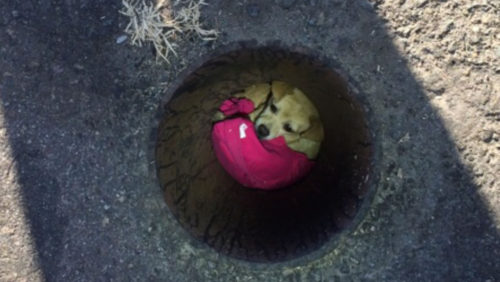 SAN DIEGO–County Animal Services came to the rescue of a four-year-old female Chihuahua found stuck inside a six-foot-deep drain pipe behind a fish market in San Diego.

The dog off Euclid Avenue in San Diego before being rescued Thursday morning.

Good Samaritans had noticed another dog looking down into the pipe. They went to investigate and found the Chihuahua at the bottom, according to County Animal Services.
Animal Control Officer Angela Jones got out her rescue equipment and managed to get the dog out safely. The red object down in the drain pipe with the dog turned out to be a child’s jacket. 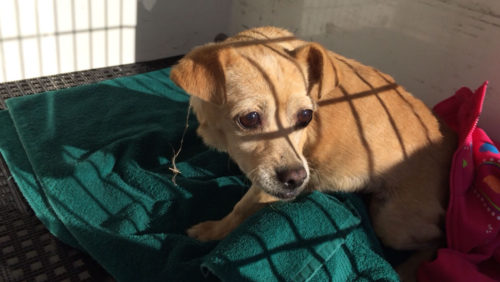 County Animal Services says the dog was not wearing a license or any identification, and wasn’t microchipped.

“We don’t know how this little dog got into her predicament, but had she been microchipped, she’d probably be back home with her family now,” said County Animal Services Director Dawn Danielson.

The dog will be held at a shelter on Gaines Street for three working days to give her owner a chance to come forward and claim her. If she’s not claimed, the Chihuahua will be available for adoption September 21.

Her adoption fee would be $69 and that includes vaccinations, spaying if necessary, a microchip and a dog license.