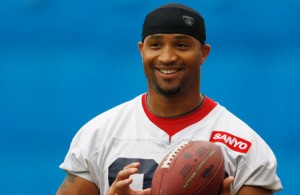 The Chargers have agreed to terms on a one-year contract with former Buffalo Bills wide receiver Josh Reed.

The Chargers have agreed to terms on a one-year contract with free agent wide receiver Josh Reed, a former Buffalo Bill with more than 3,500 career receiving yards on his resume.

A second-round pick of the Bills in 2002, Reed had 311 career catches for 3,575 yards and 10 touchdowns in eight seasons playing in Western New York. A part-time starter for the Bills, Reed was a consistent weapon in their offensive arsenal, recording at least 30 catches and more than 400 yards in six of his eight seasons. Reed enjoyed a career-best season in 2008, racking up 597 yards on 56 catches. He also averaged an impressive 11.5 yards per catch average during his tenure with Buffalo. The Bills opted not to re-sign Reed when his contract expired following the 2009 season.

“We are excited to have Josh join us,” said Chargers General Manager A.J. Smith. “He was a consistent performer in Buffalo for many years. With his experience, he will be a solid compliment to our receiving corps.”

A native of Rayne, Louisiana, Reed was drafted by the Bills after an outstanding collegiate career at LSU, one that he capped off in 2001 by claiming the Biletnikoff Award as the NCAA’s top wide receiver. He entered the NFL Draft as a junior after that ’01 season in which he also earned consensus All-America honors, leaving LSU as the first 3,000-yard receiver in SEC history. In 2007, while playing in the NFL, Reed was named to the SEC’s 75th Anniversary All-Time Team.