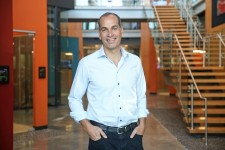 Charlotte, N.C.–(Newswire.com)—Red Ventures CEO and Puerto Rico native Ric Elias has announced Wednesday the launch of Rebuild Puerto Rico,  a nonprofit with the goal of raising at least $10 million to help his home country. Elias has vowed to match up to $5 million.

“I care deeply about our island and about the people there,” said Elias. “Puerto Ricans are facing a magnitude of devastation not seen in our lifetime. My heart breaks for those who are in peril. This is a time for all who care about Puerto Rico or humanity in general to stand up and pitch in.”

Last week, Puerto Rico Governor Ricardo Rosselló called Hurricane Maria the “most devastating storm to hit the island this century, if not in modern history,” estimating damages north of $7 billion. While the full extent of the storm’s destruction has yet to fully emerge, residents could be without power for several months and approximately 15,000 residents remain as refugees in government shelters. Much of the public health and power infrastructure has been destroyed by the storm and what little is left continues to degrade due to ongoing floods.

In response to the devastation, Elias created Rebuild Puerto Rico and launched a 30-day online fundraising campaign. He is working with a team to evaluate the most critical areas of need and to get help to vulnerable populations who might otherwise fall through the cracks.

“While I am inspired by the resilience of Puerto Rico and by the relief efforts already underway, it’s clear that there will be many more months and years of suffering to come,” Elias said. “Our top priority is to make sure our funds have the greatest possible impact on peoples’ lives. We’re working to identify the most immediate needs and getting relief to vulnerable populations. After that, the focus will shift to catalyze long-term solutions, and ultimately, to help rebuild.”

Donations to Rebuild Puerto Rico can be made here: https://www.youcaring.com/rebuildpuertorico-962674