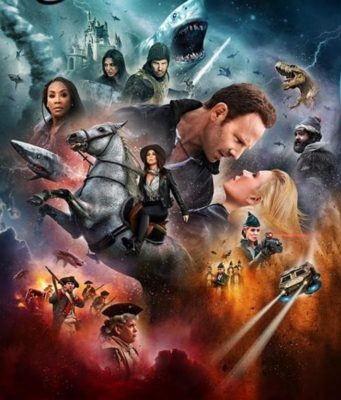 The Last Sharknado: It’s About Time

SAN DIEGO–Sharknado is headed to San Diego Comic-Con on July 20 for a panel of the final sixth installment of SYFY’s popular franchise.

The Last Sharknado: It’s About Time panel will be held from 7 to 8 p.m. at Room 6BCF at the San Diego Convention Center.

Fans that show up in shark gear will receive a collector’s gift.