SAN DIEGO–The cast of USA Network’s “Shooter” came to MCAS Miramar for a special screening of season three for service members and their families.

The screening was shown to Miramar Marines and their families one day before the premiere of the third season on USA Network. 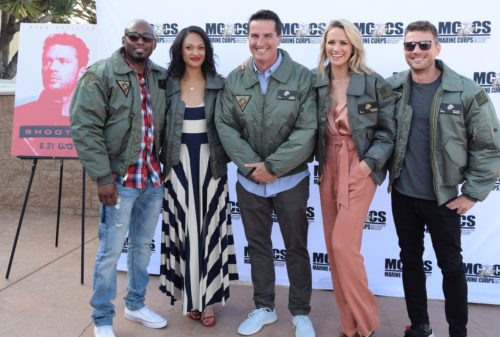 “Shooter,” is a drama based on the best-selling Bob Lee Swagger novels by Stephen Hunter and the 2007 Paramount film starring Mark Wahlberg.

Season three of “Shooter” is based loosely on Black Light, the second book in the Bob Lee Swagger series by Stephen Hunter. As Bob Lee (Phillippe) struggles to put an end to the events of season two, a nemesis reveals mysterious details surrounding his father Earl’s death, leading Bob Lee towards a startling conspiracy that hits close to home.