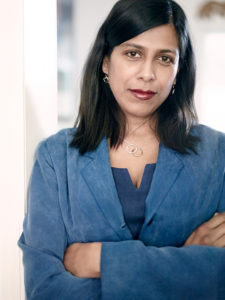 In-demand director Stafford Arima (Broadway’s Allegiance, Off Broadway’s Altar Boyz, West End’s Ragtime) returns to the Globe, following Allegiance and Ace, to helm the award-winning drama, which runs March 25 to April 30 on the Donald and Darlene Shiley Stage of the Old Globe Theatre, part of the Conrad Prebys Theatre Center.

Red Velvet is a stirring drama that transports audiences to the turbulent backstage world of London’s Theatre Royal in the early 1800s. Edmund Kean, the greatest actor of his generation, can’t go on tonight as Othello, and his company is in disarray. A young American actor named Ira Aldridge arrives to step into the role—but no black man has ever played Othello on the English stage. His groundbreaking performance upends stage tradition and changes the lives of everyone involved. Lolita Chakrabarti’s multi-award-winning play uncovers the fascinating true story of a pivotal figure in theatre history. Stafford Arima returns to The Old Globe with a stunningly theatrical production of a play that the London Telegraph called “informative, entertaining, and thought-provoking.”

Albert Jones leads the cast as Ira Aldridge. His extensive credits include Lincoln Center’s acclaimed Henry IV on Broadway and the Off Broadway productions of Macbeth, Pericles, and Richard III. His television and film credits include “House of Cards,” “The Night Of,” American Gangster, and Cadillac Records. Joining him are Michael Aurelio (The Merry Wives of Windsor and Richard III at Theatricum Botanicum) as Casimir and Henry Forrester; Sean Dugan (The Four of Us at the Globe, Next Fall on Broadway, “Smash,” “Oz”) as Pierre Laporte; San Diego actress Monique Gaffney (Craig Noel Award winner, Globe for All’s Much Ado About Nothing and All’s Well That Ends Well) as Connie; John Lavelle (Macbeth, The Royale, 2013 Shakespeare Festival at the Globe, The Graduate on Broadway) as Charles Kean; Allison Mack (10 seasons of WB/CW’s hit series “Smallville,” “Wilfred”) as Ellen Tree; Amelia Pedlow (Globe’s The Metromaniacs, Off Broadway’s The Liar and The Heir Apparent) as Halina Wozniak, Betty Lovell, and Margaret Aldridge; and Mark Pinter (Macbeth, Othello, and The Two Gentlemen of Verona at the Globe, Rothschild & Sons Off Broadway) as Terence and Bernard Warde.

“Theatre is very good at bringing neglected pieces of history to life, and Red Velvet does that with uncommon vividness and power,” said Erna Finci Viterbi Artistic Director Barry Edelstein. “Ira Aldridge’s story is remarkable on its own terms for the impact he had on theatrical history and the obstacles of racism and exclusion he struggled through. But in Lolita Chakrabarti’s hands, Aldridge’s life is transformed into metaphor. She takes us on a journey to a place we didn’t know existed, and then shows us ourselves in the figures dwelling there. I’m thrilled to bring this play to San Diego and excited to see the theatrical magic that the talented Stafford Arima and his colleagues will work on our stage.”

Lolita Chakrabarti (Playwright) is an award-winning actress and writer. Her debut play, Red Velvet, premiered in 2012 at Tricycle Theatre in London, where it returned in 2014 before transferring to St. Ann’s Warehouse in New York. In 2016 the play opened at the prestigious Garrick Theatre on London’s West End as part of Kenneth Branagh’s season of plays. Red Velvet garnered for Ms. Chakrabarti the 2012 Evening Standard Charles Wintour Award for Most Promising Playwright; 2012 Critics’ Circle Award for Most Promising Playwright; 2013 Asian Women of Achievement Award for Arts & Culture; 2012 WhatsOnStage Award nominations for London Newcomer of the Year and Best New Play; and a 2012 Olivier Award nomination for Outstanding Achievement in an Affiliate Theatre. Red Velvet earned further rave reviews in its New York transfer. Ms. Chakrabarti also wrote Joy for Last Seen at Almeida Theatre and a five-part adaptation of The Goddess for BBC Radio 4. She runs Lesata Productions with Rosa Maggiora and Adrian Lester. They produced Of Mary, a short film directed by Mr. Lester, which won the Best Short Film Award at the 2012 Pan African Film Festival and was officially selected for the Raindance, Underwire, London Short, Montreal Black International, Independent Black Women’s, and Toronto Black Film Festival. 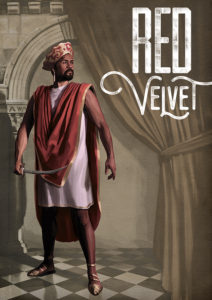 Red Velvet is supported in part through gifts from Dow Divas, HM Electronics, Inc., and The Estate of Madelon McGowan.

Discounts are available for full-time students, patrons 29-yearsold and under, seniors, military members, and groups of 10 or more.

The Old Globe is located in San Diego’s Balboa Park at 1363 Old Globe Way. Through a special arrangement with the San Diego Zoo, Old Globe evening ticket-holders have the opportunity to pre-purchase valet parking in the Zoo’s employee parking structure. With a drop-off point just a short walk to the Globe, theatregoers may purchase fast, easy, convenient valet parking for just $20 per vehicle per evening. Pre-paid only, available only by phone through the Old Globe Box Office. Call (619) 234-5623, or visit www.theoldglobe.org/plan-your-visit/directions–parking/valet-parking.

There are numerous free parking lots available throughout the park. Guests may also be dropped off in front of the Mingei International Museum. The Balboa Park valet is also available during performances, located in front of the Japanese Friendship Garden. For additional parking information visit www.BalboaPark.org. For directions and up-to-date information, visit www.theoldglobe.org/plan-your-visit/directions–parking/detailed-directions.