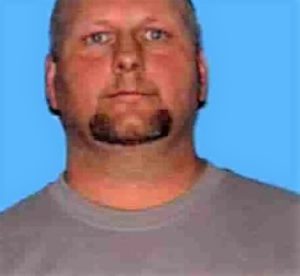 LOS ANGELES–A convicted sex offender from Long Beach has been indicted by a federal grand jury on charges of attempted sex trafficking of a child for allegedly responding to an online advertisement that offered sex with a 15-year-old girl in exchange for $200.

Victor James Sporman, 46, who previously resided in Bellflower, was named in a two-count indictment returned Tuesday afternoon by a federal grand jury. The indictment charges Sporman with attempted sex trafficking of a child and using the internet to induce a minor to engage in criminal sexual activity. Both of the charges in the indictment carry a mandatory minimum sentence of 10 years in federal prison and statutory maximum sentence of life.

The case against Sporman is the result of an undercover operation by U.S. Immigration and Customs Enforcement’s Homeland Security Investigation with substantial assistance from the Long Beach Police Department. Authorities were conducting an anti-sex trafficking operation in Long Beach and posted an advertisement on the Craigslist website to attract individuals interested in engaging in commercial sex acts with minors.

“This defendant is charged with using the internet to locate a child to rape in exchange for money,” said United States Attorney Eileen Decker. “This indictment reflects conduct that is abhorrent in a civilized society, and is the latest example of my office’s dedication to protecting vulnerable members of our society, especially children victimized by the sex trafficking industry.”

On Oct. 26, Sporman responded to the advertisement via e-mail and subsequently engaged in a series of text messages with an undercover agent he thought was a 15-year-old girl, according to the indictment. Sporman agreed to pay $200 to engage in sex with the “girl.” Sporman repeatedly texted photographs of himself, money, and his genitals. In preparation for a Dec. 6 encounter, Sporman purchased condoms. When Sporman arrived at the hotel to have the sexual encounter with the girl, he had approximately $200 in his possession, as well as two condoms.

Sporman was arrested at the hotel Dec. 6 and made his initial court appearance the next day, when he was released on a $40,000 bond. Sporman is expected to be arraigned on the indictment Jan. 3 in U.S. District Court in downtown Los Angeles.