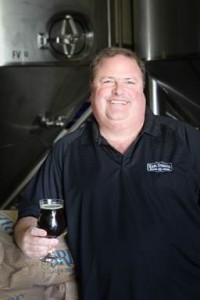 SACRAMENTO–The California Restaurant Association (CRA) announced Tuesday the induction of Chris Cramer as the CRA Chairman of the Board, succeeding Past Chairman Bruce Dean.

Cramer is the first craft brewer to ever head the CRA state board. Hailed as an innovator who helped bring craft beer to San Diego, Cramer has been a leader in the industry for more than 26 years.

“Our industry is facing more and more challenges every year, so Chris’s strong leadership will be invaluable in the coming months,” CRA President + CEO Jot Condie said. “His love for the industry, paired with his innovative and engaging spirt, is exactly the type of leadership qualities this industry needs.”

Cramer is the CEO and co-founder of Karl Strauss Brewing Company which opened in 1989 – the first new brewery to open in the City of San Diego in more than 50 years. Cousin of the company’s namesake, Cramer and his co-founder Matt Rattner helped pave the way for the robust craft beer scene in San Diego and across the country.

Cramer recruited his cousin, Karl Strauss (trained as an award-winning brewer at Weihenstephan, the world’s top brewing school in Munich, Germany) to implement best-in-industry practices and train their brewers. The company now embodies the appreciation of enjoying the everyday, complete with craft beer.

“I am honored to represent the restaurant industry of California, made up of more than 90,000 eating and drinking establishments,” Cramer said. “We are the second largest employer in California and account for 72 billion dollars in sales revenue each year. It is imperative that we maintain the health of this powerhouse for our economy.”