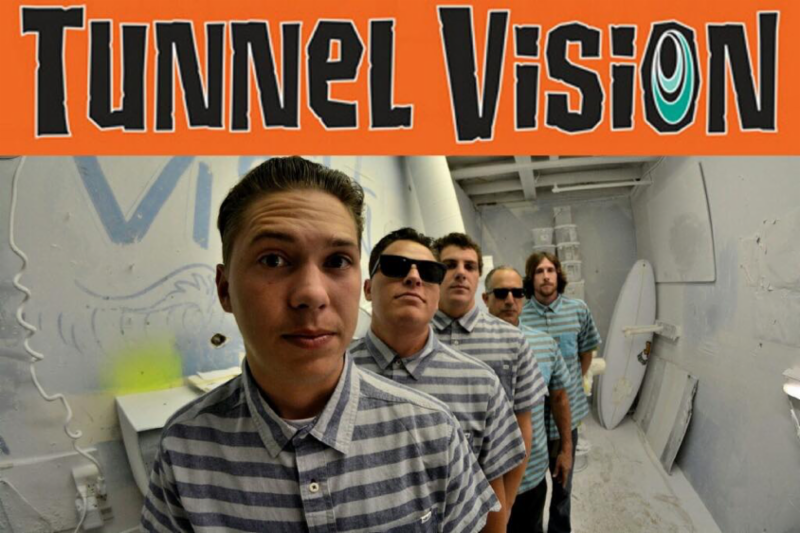 LOS ANGELES–Southern California’s latest rising musical export Tunnel Vision have been tapped to join The Expendables on the east coast and Midwest runs of their Spring Blackout 2016 U.S. Tour.

While playing with The Expendables, Slightly Stoopid, Seedless, LAW, and The Movement, “breaking out” would be an understatement for this young Southern California band and what they have accomplished over the last year.

The Tunnel Vision album rolled out and skyrocketed to a #3 debut atop the iTunes Alternative Reggae chart. With rave reviews from fans and critics alike, The Pier proclaimed, “This band is without a doubt one of the year’s best new artists and the success of this album so far proves it.”

Tunnel Vision is the real deal. Its three founding members Hayden Hanson (guitar and vocals), Jacob Hernandez (bass) and Tanner Payan (drums) living the Southern California surfing, skateboarding, beach lifestyle and making music relevant to their lives and what they do best. The three long time friends grew up surfing waves and riding concrete bowls before working in the surf industry for years, starting out in retail for Rip Curl before moving on to shaping surfboards for Lost Enterprises. In 2014 Tunnel Vision added Doug Alani (saxophone) and skater, snowboarder Matt Risley (keyboards) to bring the reggae/ska sound of their music to life.

This lifestyle is truly alive and prolific in their music. Their blend of alternative surf, reggae, rhythm and blues, dub and a mix of ska, came from growing up on bands like Sublime, Slightly Stoopid, NOFX, Rancid, No Doubt and Mad Caddies topping their list of influences.