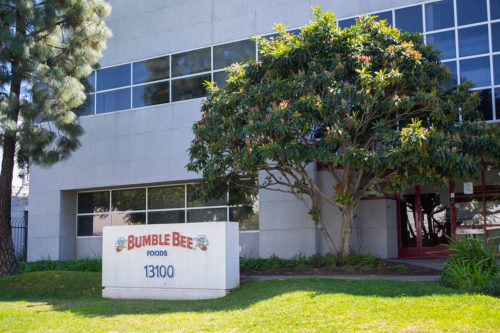 SAN FRANCISCO–A federal grand jury on Wednesday returned an indictment against the president and chief executive officer of Bumble Bee Foods LLC, for participating in a conspiracy to fix prices for packaged seafood sold in the United States, the Department of Justice announced today.

The indictment, filed in the U.S. District Court for the Northern District of California in San Francisco, charges Christopher Lischewski with participating in a conspiracy to fix prices of packaged seafood beginning in or about November 2010 until December 2013.

“The Antitrust Division is committed to prosecuting senior executives who unjustly profit at the expense of their customers,” said Assistant Attorney General Makan Delrahim of the Justice Department’s Antitrust Division.  “American consumers deserve free enterprise, not fixed prices, so the Department will not tolerate crimes like the one charged in today’s indictment.”

“This indictment demonstrates the personal accountability of senior leadership at corporations,” said Special Agent in Charge John F. Bennett.  “The FBI and the Department of Justice will hold corporate leaders accountable for criminal actions that defraud American families.”

The one-count felony indictment charges that Lischewski carried out the conspiracy by agreeing to fix the prices of packaged seafood during meetings and other communications. The co-conspirators issued price announcements and pricing guidance in accordance with these agreements. Bumble Bee has already pleaded guilty and been sentenced to pay a criminal fine of at least $25 million as a result of the government’s ongoing investigation.

An indictment merely alleges that crimes have been committed, and all defendants are presumed innocent until proven guilty beyond a reasonable doubt.

Lischewski is the fourth individual to be charged as a result of the ongoing federal antitrust investigation into the packaged seafood industry, which is being conducted by the Antitrust Division’s San Francisco Office and the FBI’s San Francisco Field Office.