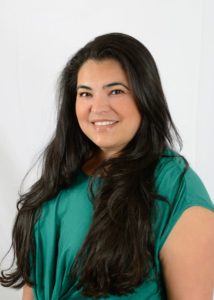 Davis takes over many of the duties of vice-president, Joe Kobryner, who announced his retirement in January. Kobryner will remain with Nederlander through July 13, 2018.

Of Davis’ appointment, Scandalios said, “I have been impressed by Vanessa’s work in all capacities over the years, and nothing makes me happier than to promote her to our Executive Team.”

“I have worked with Vanessa for over 20 years, and am thrilled that she will succeed me in overseeing the important San Diego market,” Kobryner said. “Over the years, she has demonstrated a tremendous ability to learn and excel at everything in which she is involved,”

“It will be a privilege to serve as General Manager in our vibrant San Diego Arts community, and I look forward to leading the incredibly talented team at Broadway/San Diego into the next chapter,” Davis said.

Davis currently oversees Broadway/San Diego’s President’s Club, Group Sales and Patron Services. She’s also served on the board of Executive Women International, recently as President of the San Diego Chapter, and for the last six years, has been a member of the National Broadway Leagues’ Group Sales Committee.