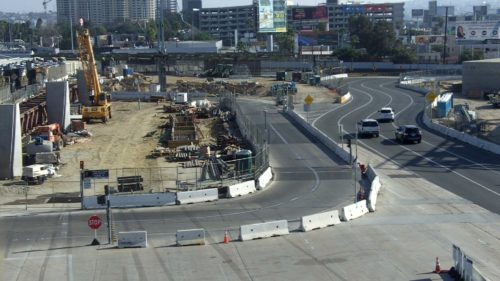 SAN DIEGO–U.S. Customs and Border Protection officials temporarily suspended all northbound and southbound crossings for both pedestrians and vehicles at the San Ysidro port of entry at about 11:30 a.m. Sunday morning.

As of 2 p.m., operations have not resumed.

In preparation for multiple planned demonstrations on both sides of the border, CBP had deployed additional personnel to the San Ysidro port of entry on Sunday. As the demonstrations on the Mexican side reached the border area, some members of the demonstration split off to head towards multiple locations along the border. Some attempted to enter the U.S. both directly east and west of the border crossing. These attempts to illegally enter the U.S., and the response to them continue. Some attempted to illegally enter the U.S. through both the northbound and southbound vehicles lanes at the port of entry itself. Those persons were stopped and turned back to Mexico.

To prepare for the possibility that additional groups would also break off from demonstrations for a possible attempt or attempts to rush illegally through the port of entry, Border Patrol suspended operations at the port of entry.