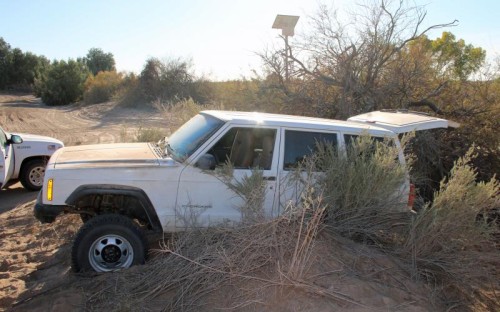 Yuma, AZ–Several incidents during the weekend resulted in the seizure of 1,658 pounds of marijuana, worth $829,000, and the arrest of 12 illegal aliens.

The following morning, Yuma Station Border Patrol agents seized a vehicle and an estimated $359,500 worth of marijuana after its occupants illegally crossed into the U.S. through a shallow point of the Colorado River and became inoperable.

Six people evaded arrest by running back to Mexico, abandoning 719 pounds of marijuana.

On Dec. 6, Border Patrol agents assigned to Camp Grip, Yuma Sector’s forward operating base, seized an abandoned ATV and 247 pounds of marijuana. The drugs are valued at an estimated $123,500.