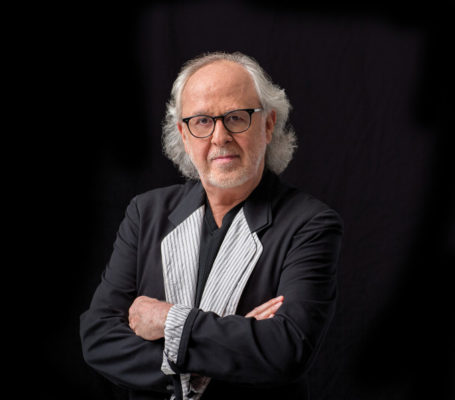 Bob James, an American original wrapped up a six nights gig at the Blue Note Jazz Club, New York City (August 15-20, 2017); and like Thelonious Monk, found ways of rummaging amongst his limitations and came up with a highly personal perspective in musical improvisation. (Photo by John R. Williams)

If James had one single mission, it was to stir the greatest possible emotion through the most advanced harmonic movement. From the onset of one of the eight selections performed that evening, the sold-out Blue Note Club patrons were caught in the sheer ecstasy of the Bob James phenomenon. The bass line, from the opening moment, reflected a mirrored image of the melody, at times staggering the rhythm of the theme mostly tracking it note-for-note. On the last phrase of the first verse of one piece, James hits a pedal tone, one of his favorite anchoring devices after a harmonic exploration, but then dissolves it into a transition into another key, where an even more probing examination of the song’s harmonic and rhythmic implications begins. As the beauty of the sound stirred the heart, the symmetry of the internal movement, with the notes in one chord each leading to those in the next, touched the intellect. Here, in first blossom, is the genius of James.

Throughout the entire evening, what the audience was witnessing was anything but remarkable and tantalizing. All of the selections captured the pianist in his earliest stages of development and transformation. The trio sticks to the conventions of the time by keeping the pulse steady and responding only minimally to cues from James; by the same token, during bass and drummer solos, James withdrew, playing occasional fills rather than interacting with the improvisation.

When Kilson took the spotlight, both James and Palazzolo stop playing altogether, in the old swing tradition of unaccompanied drum solos.

Two-time Grammy Award winning James had his musical roots honed from his humble beginnings in Marshal, Missouri. The minute he was discovered by Quincy Jones at the Notre Dame Jazz Festival in 1963, James recorded his first solo album, “Bold Conceptions,” that year for Mercury Records and never looked back. 58 albums and numerous of awards followed for the next five decades, and this cat ain’t letting up yet!

As demonstrated at the Blue Note, James displayed enormous versatility of musical idioms such as jazz, the Blues, R&B, and classical. James is known to have developed a unique relationship in finding common ground between classical music and jazz, conducted as part of his release of “J. S. Bach: Concertos for 2 & 3 Keyboards (1989).”

James was looking for a bass player while recording the album “Grand Piano Canyon” (Warner Bros., 1990) with drummer Harvey Mason and guitarist Lee Ritenour. Mason and Ritenour suggested Nathan East. After working with them for a while, James suggested they form a band, which resulted in the contemporary jazz quartet “Fourplay.” The band has recorded over ten albums and has seen a couple of personnel changes, with guitarist Larry Carlton replacing Ritenour and then Chuck Loeb replacing Carlton. “Fourplay” celebrated its 25th anniversary with the album “Silver” (Heads Up Records-2015).

In a tune from his “Urban Flamingo” (2005) album, James performed for the audience an exceptional aspect of his piano playing in a solo setting. He slides in and out of bitonalism, his right hand slipping occasionally to a minor third above the left. What’s so surprising is how smooth he makes the notes sound; with delicate, reflective phrasing, James transforms the resulting dissonance into a poetic language of interpretation.

If you look past Bob James’ white mane of hair and ignore the prophet-like smile lines that maps his 77 years of delight with life, it still projects the enthusiasm of youth, in its quest for adventure and bottomless optimism.