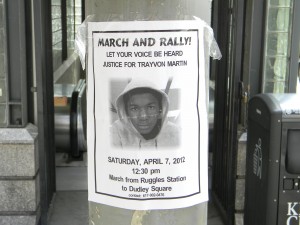 WASHINGTON – National Action Network president and MSNBC talk show host, Al Sharpton,  and National Association for the Advancement of Colored People (NAACP) CEO and president, Benjamin Jealous, led a gathering of about 200 people inside Sharpton’s New York City headquarters a day ahead of a planned Father’s Day 2012 march against the New York Police Department’s “stop-and-frisk” program. However, there are a growing number of Black community and human rights activists in major inner cities across America asking the question: When will Sharpton and Jealous hold mass demonstrations to protest the epidemic rate of Black-on-Black crime?

Victimizations of Black Americans from violent crime, which include the following: rape/sexual assault, robbery, aggravated and simple assault was 24.3% in 2007, with the highest percentages of victimizations within the age ranges of 15-24 totaling a percentage greater than 38%.

The U.S. Justice Department provides a breakdown of homicides by the race of both the victim and offender. Looking at the data for 2005 (the latest year available), San Diego County News find that whites committed 48.0% of all murders and Blacks committed 51.2% of all murders. However, whites outnumber Blacks in the population. In fact, non-Hispanic whites are about 69% of the population and Blacks are about 13%. These statistics alone, shows that Blacks are 13% of the population, but commit 51.2% of the murders, indicate that Blacks commit a seriously disproportionate number of murders.

There are differences of opinions on both the right and the left wing media as to why there is such a high degree of Black-on-Black violence.

“Blacks today are nine times more likely to be killed by other blacks than by whites,” Steele wrote. He went on to attack the Revs. Al Sharpton and Jesse Jackson for “exploiting” Trayvon’s death in an effort to promote a “liberal” agenda — a point that O’Reilly was all too happy to expound.

The subject or coining of the phrase, “Black-on-Black violence”, has become so offensive to many Black social and academic scholars, that there is a movement circulating to have the term deleted from public discussion.

In Michelle Alexander’s book, The New Jim Crow: Mass Incarceration in the Age of Colorblindness, she explains that the term, “Black-on-Black violence”, was coined in the 1980s as American cities underwent transformation as a result of riots, white flight and the onslaught of the drug trade. David Wilson, a professor at the University of Illinois, documents the phenomena in Inventing Black-on-Black Violence. Wilson says that instead of attributing increased crime activity to poverty, inequality and disenfranchisement, the media chose to blame “a supposedly defective, aberrant black culture.”

Edward Wyckoff Williams, an author, columnist and political analyst for MSNBC, wrote an op-ed piece criticizing the African-American media among others for the perpetuation of the Black-on-Black violence myth.

“African-American media and policymakers have been equally complicit in promoting a black-on-black crime anecdote, thinking that it could help address some of the community’s problems; but what it has actually done is provide support for racial profiling and promote the disproportionate policing of black criminality as “legitimate” and “acceptable.” This over-policing has led to disproportionately higher rates of arrests in black communities, reinforcing the idea that blacks commit more crimes,” Williams stated.

Regardless of the strong differences of opinions regarding the usage of the term Black-on-Black crime, the reality is that the majority of Blacks have been or are subjected to be victims of criminal elements, which will more likely be initiated by a member of their own race. In addition, for this reason alone – people like Bishop Foley Parker of San Diego says the time for talk has passed and the Black community must address this crisis now.

“Rev. Al Sharpton and the NAACP were the leaders who banded together in solidarity with Trayvon Martin’s parents to bring light on the injustice that occurred to their child, stated Bishop Parker. “Are not the hundreds of Black young boys and girls who are killed each week, each month, and every year, by criminals in the Black community just as important as Trayvon?,” Bishop Parker asked.

Bishop Parker is spear heading a campaign in San Diego to bring attention to the dissapportinate number of young Black youths who are being wasted on the streets by murderous Black gangs and thugs.

“We will not be silent as long as we see complete apathy among the majority of Black clergymen, social and human rights activists, who don’t want to address the travesty occurring in our communities across the nation,” Bishop Parker said.

In response to the alarming rate of crime in America’s inner cities, where most blue collar and the Black working poor population live, a number of  small churches and community groups have joined together in cities such as Newark, Chicago, Brooklyn, Detroit, Atlanta, Los Angeles, and Houston, in a nationwide Stop the Violence campaign.

In March 2012, Dorie Miller, Gary, Indiana Housing Development resident, was reluctant to join a protest march one Saturday afternoon, but eventually, more than 50 people congregated in front of a makeshift memorial where 19-year-old Andre Blissitt of Indianapolis was shot and killed.

Blissitt was visiting his mother, Timiko Blissitt, and sister, Nakita Muex, when he was caught in a shooting spree in the complex. Muex, 21, did not have the words to describe the pain she and her mother feel.

“This was my only brother,” she said quietly into the megaphone. “Now, it’s just me and my momma, and it hurts.”

Federal and local law enforcement officials in several major urban cities say that it will take a lot more vigils like this one in order to bring a sense of urgency to this issue. In addition, veteran Civil Rights activist, Jesse Jackson, Sr. and his Rainbow Push organization, are presently embarking upon a 20 cities tour of major urban cities denouncing gun violence and the toll it is taking on Blacks.

San Diego County News reached out to Sharpton and NAACP Jealous for comments regarding this story, but our phone calls were not returned.