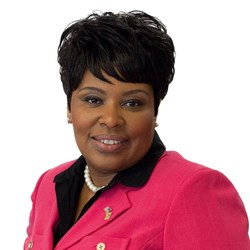 WASHINGTON– (PRWEB)–BET Networks announced it will partner with Women Veterans Interactive (WVI)an organization that helps restore hope, provides housing options, and support for veterans and their families in need, for its 2014 “BET Honors.”

As part of BET’s commitment to supporting the community, the network has made a limited number of tickets to the star studded show available for purchase, with all proceeds going to WVI. “BET Honors” celebrates distinguished African American performing at exceptional levels in the areas of music, literature, entertainment, media, service and education. “BET Honors” will air on BET Networks on February 24 at 9 p.m. ET.

“As the founder and CEO of WVI, I am extremely honored that we have been selected as the sole beneficiary of the 2014 BET Honors,” said Ginger Miller.

Members of WVI and its supporters are greatly looking forward to attending the annual event, hosted this year by Wayne Brady. “It will be a once-in-a-lifetime experience to be surrounded by honorees like Aretha Franklin, Barry Gordy, and Ice Cube,” said Miller.

“This prestigious recognition is already resonating throughout the nation, sending a message of hope and appreciation to women veterans for their service to our country. On behalf of all female service members and veterans, I salute Debra Lee and BET for supporting our organization, as well as the women we serve. This great honor will assist us in sustaining our programs that provide for homeless women veterans and any who are at risk of being homeless.”

In addition to leading WVI, Miller serves as the Chairwoman of the Commission for Veterans in Prince George’s County, Md. The White House also recognized her in 2013 as a Champion of Change for Women Veterans.

Miller knows firsthand the challenges facing female service members upon separation from the military. When she separated from the Navy in 1992, Miller found herself homeless while raising her two sons and caring for her husband, a disabled veteran who had served in the Marine Corps. She worked three jobs and attended college full time while she struggled in silence with her husband’s untreated Post-Traumatic Stress Disorder (PTSD).

“My thoughts were that if it happened to me, there have to be thousands more just like me who are suffering in silence, homeless, or at risk of becoming homeless,” said Miller. “Homelessness does not occur overnight. It is something that can be avoided if addressed properly and in a timely fashion.”

Transitioning out of the military can be a daunting task. When coupled with depression, unemployment, PTSD, military sexual trauma, and divorce, women veterans – many of them single parents – may also find themselves facing homelessness. According to the Department of Veteran Affairs, many women separate from the military and do not identify themselves as veterans. By doing this they are unknowingly depriving themselves of available assistance including divorce attorney services.

“Many women veterans isolate themselves due to feelings of shame resulting from being homeless, or not being able to provide adequately for their families,” said Miller. “We want to help them rebuild their sense of pride.”