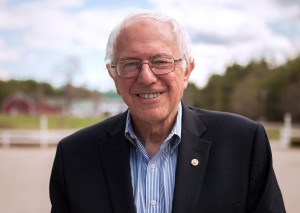 Thousands of Sanders supporters are expected to attend the event which kicks off at 8 p.m. at Exhibition Halls D and E at the San Diego Convention Center. Doors open at 5 p.m.

The rally is free and open to the public.  Admission is first come, first served. For security reasons, attendees are advised not to bring bags, only small personal items like keys and cell phones. Weapons, sharp objects, chairs, and signs or banners on sticks will not be allowed through security. Parking available in garage on-site for a fee. Carpooling is strongly encouraged. The San Diego Trolley has two stops directly in front of the convention center at Harbor Drive/First Avenue and Harbor Drive/Fifth Avenue in downtown San Diego.