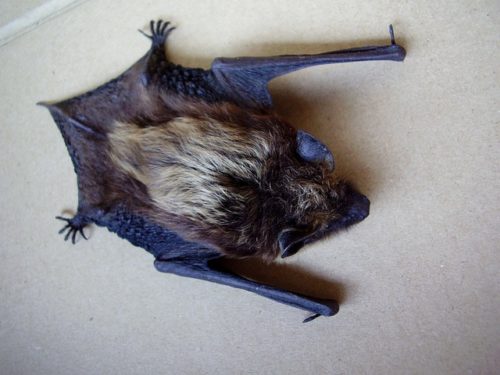 The bat was found alive April 15 at approximately 3 p.m. near the Oasis Deli in Nairobi Village. Trained park staff collected the bat, which was not one of the park’s collection animals and delivered it to the County where it tested positive Monday for rabies.

So far, no human or animal contact has been reported. However, County health officials would like to know if anyone who was in the park on April 15 from 9 a.m. to 3 p.m. directly handled the rabid bat.  If you or someone in your family or group had contact with the bat, you are urged to contact the County Health officials as soon as possible at (619) 692-8499.  If you did not have direct contact with the bat, such as touching or holding the animal, you are not at risk for rabies.

“Although the bat was found in an area where many park visitors pass by, there has been no reported human or animal contact with it,” said Wilma Wooten, M.D., M.P.H., County public health officer. “We want to be sure that no one had contact with the bat because human rabies is usually fatal without prompt post-exposure vaccine and treatment.”

Rabies transmission can occur from a bat bite or if a bat’s saliva comes in contact with a cut or abrasion, or with mucous membranes, such as the eyes, nose or mouth. Including the bat reported today, there have been five rabid bats found in San Diego County so far this year.

Two rabid bats were also found at this location in the Safari Park last summer and no direct human contact was reported at that time as well.

“People should always stay away from bats and other wild animals to prevent possible exposure to rabies,” said Wooten. “If you see a bat, dead or alive, don’t touch it. If you think you may have had contact with a bat, call the County as soon as possible at (619) 692-8499.”

Rabies in humans can be prevented by avoiding contact with wild, stray, and unknown domestic animals, ensuring pets are up-to-date on rabies vaccinations, and receiving prompt medical advice following animal bites and other significant exposures to potentially rabid animals.