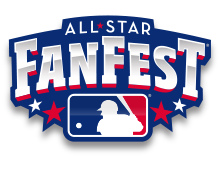 SAN DIEGO–More than 40 legends of Major League Baseball and the San Diego Padres will make appearances at MLB All-Star FanFest from July 8 to 12 at the San Diego Convention Center.

Fans will have the opportunity to receive free autographs and will have a chance for best sports cards to buy and participate in question-and-answer sessions and clinics led by the former players, all included with the price of MLB All-Star FanFest admission.

FanFest will feature appearances by MLB All-Star spokespeople Trevor Hoffman and Hall of Famer Dave Winfield. Like Winfield, other Hall of Famers with Padres roots – Rollie Fingers, Gaylord Perry and Ozzie Smith – will be among the inductees of Cooperstown to be on hand, along with franchise favorites like Nate Colbert, Steve Garvey, Tony Gwynn Jr., Randy Jones, members of San Diego’s 1984 and 1998 National League Championship teams and many more.

Former players scheduled to make appearances on each day:

Tickets are $35 for adults and $30 for children ages 12 and under (children two and under are admitted free), senior citizens and military personnel. FanFest tickets are sold on a timed-entry basis, so fans are encouraged to purchase tickets early to get preferred entry times.

For more information on the event, visit allstargame.com/fanfest.