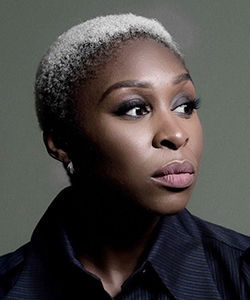 LOS ANGELES–Award-winning singer-songwriter Cynthia Erivo is set to perform at the Governors Ball, the Academy’s official post-Oscars celebration this Sunday.

Erivo will entertain the Ball’s 1,500 guests, which will include Oscar winners and nominees, show presenters and performers, and other luminaries.

A U.K. native, Erivo made her Broadway debut starring as ’Celie’ in the critically acclaimed revival of “The Color Purple,” for which she received a Tony for Best Actress in a Leading Role in a Musical and a Grammy for Best Musical Theater Album. She recently performed at The 39th Annual Kennedy Center Honors, as well as the 2017 Grammy Awards, alongside John Legend during the show’s ‘In Memoriam’ segment. Erivo also is an accomplished songwriter, having written and performed the song “Fly Before You Fall” for the 2014 feature film “Beyond the Lights.” Her upcoming film projects include a starring role in “Harriet,” the Harriet Tubman biopic directed by Seith Mann, and co-starring opposite Viola Davis in Steve McQueen’s “Widows.”

The Governors Ball will be held in the Ray Dolby Ballroom on the top level of the Hollywood and Highland Center.