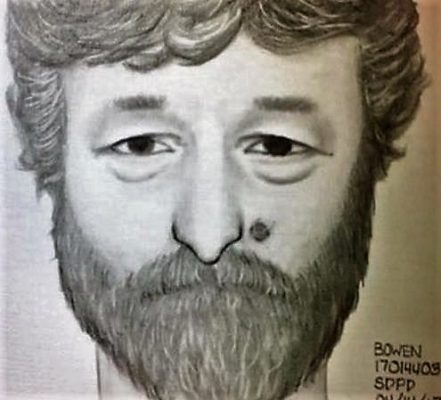 San Diego police release a sketch of man wanted in connection with an attempted sexual assault of a woman in San Diego.

SAN DIEGO–Authorities are searching for an unknown man who attempted to sexually assault a female in her car in the College area.

The incident took place at about 10:45 a.m., April 12 in the 5700 block of Montezuma Road, according to San Diego Police Department.

The woman was in her parked vehicle when the man opened the door to front passenger seat, and began to touch her inappropriately. He fled when pedestrians in the area were nearing the vehicle.He was last seen running westbound on Montezuma Road toward University Towers.

He described as a white male in his 40s, six feet tall with brown, wavy hair, a gray full beard, and a mole on the left side of his face. He was last seen wearing a black t-shirt with white writing on it.