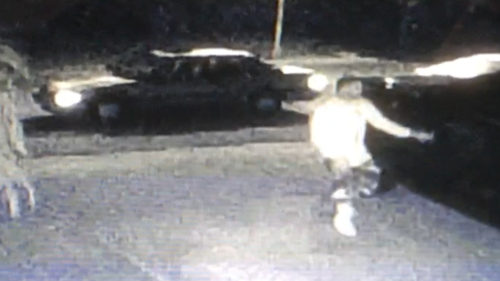 VISTA–Authorities are searching for the identity of a man wanted in connection with a car burglary in Vista.
The burglary occurred February 13 just after 3 a.m. in the 1900 block of Cresthaven Drive.

Surveillance video shows the man getting out of a car. He then opens the door and trunk of a car parked on the street stealing sunglasses and clothing worth nearly $300. He then proceeds to the victim’s driveway checking the door of a parked SUV, but it was locked. The man returns to the getaway car which is described as light-colored, four-door car, possibly a late 90s Lexus.

The man in the surveillance video is described as man between 20 to 30-years-old and was last seen wearing a white long-sleeve shirt and camouflage shorts.