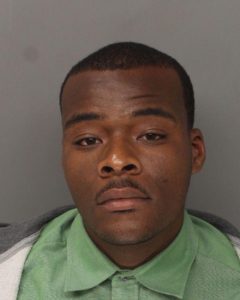 The suspect, Jeremiah Williams, is approximately 25 to 30-years-old, five feet, nine inches” to five feet, eleven inches tall, 180 pounds, with a medium or athletic build. He had short black hair and a short black beard. He was wearing a gray hooded sweatshirt, gray shorts with red stripes on the sides, and black sneakers. He was also carrying a black backpack.

Anyone with information on the identity or location of the suspect is asked to call the SDPD’s Sex Crimes Unit at (619) 531-2210 or the Crime Stoppers anonymous tip line at (888) 580-8477. Crime Stoppers is offering up to a $1,000 reward to anyone with information that leads to an arrest in this case. Anonymous email and text messages can be sent to www.sdcrimestoppers.org.