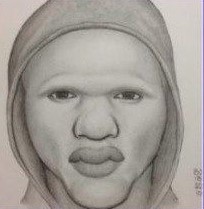 SAN DIEGO–San Diego County Crime Stoppers and investigators from the San Diego County Sheriff’s Department’s Child Abuse Unit are asking for assistance from the public to help identify and locate the suspect responsible for sexually assaulting a child in Lemon Grove.

The incident occurred on Thursday approximately at 2 a.m. in the 7000 block of Canton Drive, according to authorities.

A male adult entered the home of a family with two children. He was discovered inside the home by the homeowners. A family member confronted the suspect and tried to restrain him, but the man was able to escape. He assaulted one of the young children in the home prior to fleeing.

The suspect is described as a black male, 20 to 25-years-old, height about five feet, five feet, seven inches tall with a thin build. He was last seen wearing a black hoodie and black gym pants. He may have arrived to the residence on a skateboard so he could leave from the area.