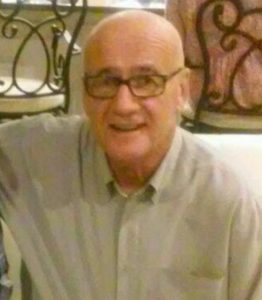 Smith was last seen on December 21, 2016, when he checked out of a medical rehabilitation facility in Escondido. He has not been seen or heard from since. Family members reported him missing to the North Coastal Sheriff’s Station in late January.

He does not have a car or a permanent address. He had been living in Encinitas and spends most of his time in the North County area.

If anyone has knowledge of Smith’s location, is encourage to call Detective Barnes at the Sheriff’s Department, (858) 974-2321.