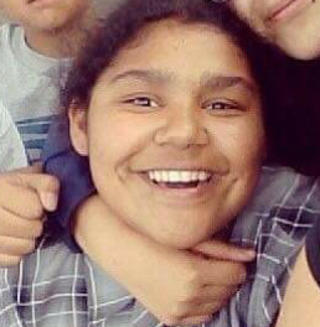 OCEANSIDE–Oceanside police are asking for the public’s assistance in the investigation in the death of a 15-year-old female was found fatally shot September 3  at Joe Balderrama Park.

Police officers found the victim, Annebell Flores lying on her back inside the playground area of the park. She was pronounced deceased at the scene.

Oceanside police had responded to a radio call shortly after 2:30 a.m. of multiple gunshots fired at the park, located at 709 San Diego Street.

Authorities say a suspect is not in custody. The investigation has revealed that witnesses were most likely present during the incident. They believe the victim was targeted, and it was not a random act of violence.

Anyone with information on the identity and or location of the person(s) responsible for this murder is asked to call the Oceanside Police Department at (760) 435-4730, or the Crime Stoppers anonymous tip line at (888) 580-8477.

Anonymous email and text messages can be sent in via www.sdcrimestoppers.org. Crime Stoppers is offering a $ 1,000 reward to anyone who provides information that leads to an arrest in this case.