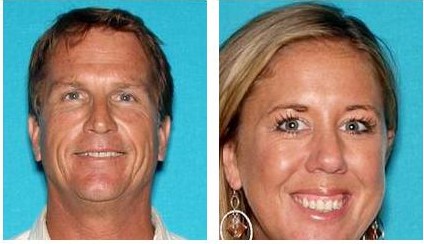 ENCINITAS–San Diego County Crime Stoppers and investigators from the North Coastal Sheriff’s Station are asking for the public’s help to locate a man and woman wanted in connection with two burglaries at an Encinitas store.

The burglaries occurred August 20 at 3:00 a.m., and September 2 at about 5:30 a.m. at Consignment Classics on South El Camino Real. About $80,000 in jewelry was stolen from a display case, according to authorities.

New surveillance video shows a woman wearing a black jumpsuit casing the store the day of the second burglary.

Anyone with information on the whereabouts of the couple should call the North Coastal Sheriff’s Station at (760) 966-3500, or the Crime Stoppers anonymous tip line at (888) 580-8477. Crime Stoppers is offering up to a $1,000 reward to anyone with information that leads to an arrest in this case. Anonymous email and text messages can be sent in via www.sdcrimestoppers.org.