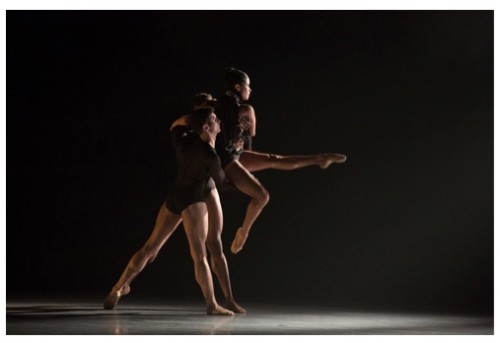 ESCONDIDO–The California Center for the Arts, Escondido will present the Aspen Santa Fe Ballet April 14 in the Concert Hall.

Aspen Santa Fe Ballet combines rugged athleticism with liquid grace in a lively performance that leaves audiences breathless. The ensemble’s bold vision coupled with top global choreographers, a groundbreaking repertoire and virtuoso dances has fostered itself as a jewel of a dance company in the American West. Interviews and hi-res images are available upon request.

Founded by Bebe Schweppe in 1996, Aspen Santa Fe Ballet has managed to influence the dance field at large and has helped shape the cultural landscapes in both of its home cities, Aspen and Santa Fe. Executive Director, Jean-Philippe Malaty has danced with the Los Angeles Classical Ballet, Ballet Hispanico and Lyric Opera of Chicago. He has also been heavily involved in developing the company’s unique dual-city business model. He shared an honor with Artistic Director, Tom Mossbrucker when the Santa Fe Community Foundation bestowed its Piñon Award to the company.

“Bebe’s vision for Aspen to have its own ballet company was the project of a lifetime. We embarked together on a serendipitous adventure. Twenty years later, the connection between the dancers and our two communities is deep and inextricable,” says Malaty.