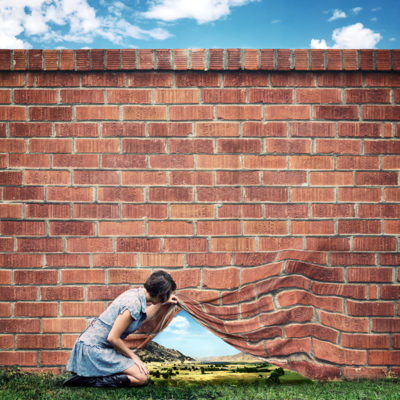 Transnational Struggles: Intersectionalities Across Borders will feature work of 36 artists from the United States and Mexico’s border regions. Artists have been invited to explore the theme of intersectionality in a border context and encouraged to consider how power relations and forms of resistance manifest at the border and the ways in which experiences of race, gender, sexual orientation, religion, nationality, and socioeconomic status are connected to the border.

The exhibition will open on January 30 at Luxe Gallery located on the San Diego City College Campus at 1080 16th Street in San Diego. A special artist’s reception will be held on February 10 from 5 to 8 p.m. Admission is free and open to the public.

The U.S./Mexico border is an important reference point to populations living and interacting with one another on both sides of this international boundary. The exhibition is being organized by Norell Martínez, professor at San Diego City College, as part of the Bi-national Border Conference – an annual conference organized by the Chicana/o Studies department in collaboration with universities in Tijuana – in an effort to explore the impact of the border on populations living both in the U.S. and Mexico as well as creating a space for understanding how fronterizo, or border dwelling populations, perceive and respond to these impacts.

Exhibition guest curator Leticia Gomez Franco adds that it is important to push the dialogue beyond “just another border art show” by exploring the ways in which the border in both its physical and metaphorical presence is experienced by people of different races, classes, genders and sexualities. When we begin to see the border and its dynamic, as a catalyst for production, it is vital to understand how that production is both nurtured and hindered by our intersectional struggles. This exhibition hopes to present the translational border as it is lived beyond its geographic confines in the everyday lives of those who exists in all the world’s margins. Some of the exhibiting artists include: Liliana Wilson, Janette Terrazas, Cat Chiu Phillips, Claudia Cano, Vicente Telles, and Anna Stump.

Transnational Struggles: Intersectionalities Across Borders will be on exhibit at Luxe Gallery until February 25.Gallery hours are Monday through Friday, 10 a.m. to 8 p.m. There is no admission fee to see this exhibition.