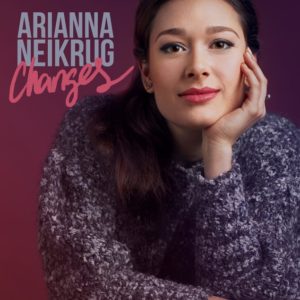 Arianna Neikrug’s August 24, 2018 “Changes” album debut a singer with enormous talents, which bodes well for the future of jazz and pop music in America.

Arianna Neikrug, a 25-year-old singer and songwriter, in a kinky way that seems completely characteristic of her budding musical journey, both supports and challenged the role traditional jazz singers are presented. After winning the 2015 Sarah Vaughan International Vocal Competition then performing at the Montreal International Jazz Festival the following year, Neikrug makes her grander introduction to the music world with the August 24, 2018 release of “Changes” on the Concord Jazz label.

With the pending release of “Changes,” this young singer has earned the privilege of being labeled a “musician” and “singer” in every rich resonance of the terms. In Neikrug’s way of thinking, apparently a singer is someone with a pure voice who really sings the melody as written. By contrast as you will discover in “Changes,” Neikrug’s emphasis in not just on voice or melody, it’s about taking a song and styling it; swinging it, improvising on it. Yet even though she doesn’t have the pure power of a Jazzmeia Horn or a Gretchen Parlato, her voice is one of the most efficiently musical instruments among any of her contemporaries on the jazz scene today. 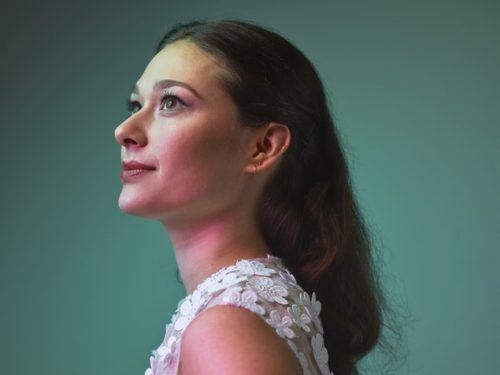 The album was produced by the Grammy-winning pianist and arranger Laurence Hobgood, “Changes” parades Neikrug’s gift for interpreting tunes from the “Great American Songbook” and more recent pop and R&B classics from the ’70s. The disc also contains two originals that reveal some of Neikrug’s journey from her hometown of Los Angeles to New York City, where she argues she truly belongs. While working on the album, Hobgood, who recruited his regular trio mates – drummer Jared Schonig and bassist Matt Clohesy, discovered that Neikrug had more than a working knowledge of the technical side of music: She could read a score, write songs, and generally worked out her arrangements in collaboration with the ensemble.

And as her improvising shows, she knows her harmonies: Her rendition of the 1971 R&B classic by Al Green and Al Jackson, Jr., and Willie Mitchell, “Let’s Stay Together,” is a typically brilliant Neikrug invention, with the singer sailing effortlessly over the Al Green’s chromaticism like a woman on a swinging trapeze. Even more remarkable is her indelible jazzy musical statements that can be heard through-out the album as you hear her applying her technique on practically every song, as when she croons us with her witty reinterpretation of the 1932 Oscar Hammerstein and Jerome Kern classic, “The Song Is For You,” or “After You’re Gone,” a lovely 1918 lullaby by Henry Creamer and Turner Layton.

The “Changes” album promises a set of mostly romantic and swinging set of compositions, aided by the presence of a heavyweight accompanist Hobgood on piano. I am especially enamored of her treatment of Bob Dorough and Terrell Kirk’s 1957 tune, “Devil May Care,” in which she wrings all the emotion possible out of Dorough and Kirk’s most poignant texts, and Neikrug does it without missing a beat!