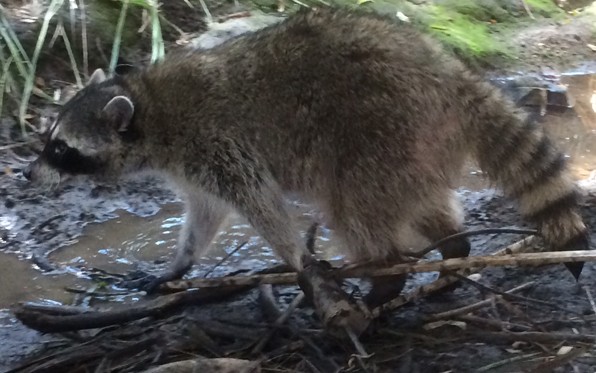 SAN DIEGO–County Animal Services is asking for the public’s help finding out who set an illegal trap in Tecolote Canyon Park.

Land surveyors found a raccoon caught in the trap off a path at the park on Wednesday. When animal control officers arrived, they found the raccoon had a broken leg and had probably been trapped for several days. The animal was euthanized due to the severity of his injuries.

The trap had been chained to a tree root and was well hidden with a rock and brush set over it. A similar trap found in the Mira Mesa area about a year ago was not chained and the raccoon caught in it moved away from the trapping site and was found caught on a fence. That raccoon survived and was nursed back to health before being released back into the wild.

The use of a body-gripping trap on the raccoon is illegal under state law. In addition to setting an illegal trap, the person responsible could also face felony animal cruelty charges, punishable by imprisonment in state prison and a $20,000 fine.

If you have any information about this case, contact County Animal Services at (619) 767-2675, or email dasinfo@sdcounty.ca.gov